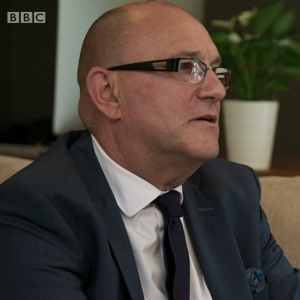 When interviewed Stuart was asked his thoughts on the hashtag #believeallwomen, Stuart said "I don't think you can blanket believe someone just on gender. I think the accused has to have a voice. When that accused is in the police station answering questions, he is no more than an accused."

Stuart continued, "You can't just walk in and say 'he's done that to me, and therefore I'm a victim and he is guilty’. There's no victim until someone's convicted." Also stating that, "it is life changing to be accused."

You can watch the full episode on BBC iPlayer here.

If you are facing sexual offence allegations do not hesitate to speak to Leading Defence Lawyer, Stuart Sutton - early representation from an expert could mean the difference between a conviction and an acquittal. Call Stuart on 07798753720 or email This email address is being protected from spambots. You need JavaScript enabled to view it..